As most of you already know, the movement for the independence is growing in Catalonia since several years ago. Last November 25,  pro-independence parties won the elections for the Catalan Parliament and more than one hundred seats of a total of 135 support the idea of having a referendum about this issue. 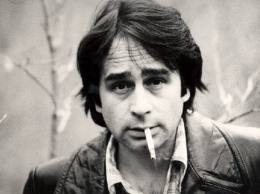 One could expect that in front of such a situation, Spanish government would work for the reconciliation between the Catalans and the rest of Spain and would offer to Catalans some of their demands to show that it is not necessary the secession from Spain in order to accomplish our collective projects. Nothing further from the truth. Two days ago, Spain's education minister said he was drafting a proposal to make the Castilian (Spanish) obligatory in schools throughout Catalonia.

Since 34 years ago, Catalan is the language of instruction in Catalonia's public schools and Spanish is taught as a subject. The aim of this policy is to guarantee that all pupils end their studies knowing both Catalan and Spanish. The model works, and Catalan students not only know Catalan but they also get the same results in Spanish language exams than in the rest of Spain. Moreover, the model has been praised as a good practice by the European Commission and UNESCO.

The problem here, comes when Catalonia tries to get things imposing or just threatening with basic things... I don't neither agree with some of the Wert's (education prime minister) decisions about the education in Catalonia, with there's a lot of difference between disagreing with it and labeling it as a Francoist's decision.

Furthermore, a Catalan person is TOTALLY UNABLE to get his/her education in Spanish, in his birth place, Catalonia.

On the other hand, I'm not going to get any more deep in political aspects, but I think that Catalonia sholud stop comparing herself with places like Scotland, because they really have been something (an independent country) in the history, not as Catalonia, that has always been allied with Aragón.